Thirty years later, thousands of tonnes of hazardous waste remain buried at the site, slowly poisoning the drinking water of more than 50,000 people and adversely affecting their health. Another 100,000 people exposed to the gas continue to suffer with a prevalence of cancer, blindness, respiratory problems, immune and neurological disorders.

“Children are born with conditions such as twisted limbs, brain damage, musculoskeletal disorders … this is what we see in every fourth or fifth household in these communities.” said activist Satinath Sarangi from the Bhopal Medical Appeal which runs a clinic for gas victims.

From Bhopal Medical Appeal’s website: “The victims in Bhopal have been left in the lurch, told to fend for themselves as corporate executives elude justice and big corporations elude the blame. Dow’s unwillingness to fulfill its legal and moral obligations in Bhopal represents only the latest chapter in this horrifying humanitarian disaster.” Read more at bhopal.org 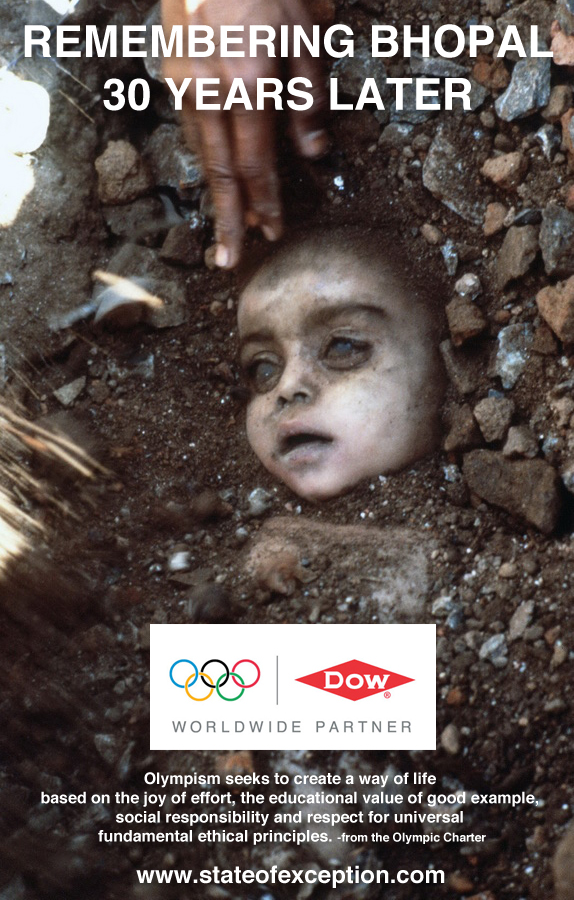 Check out our Indiegogo campaign

Great doc on repression and resistance ahead of World Cup in Brazil needs our support http://t.co/4fhmjwVAse